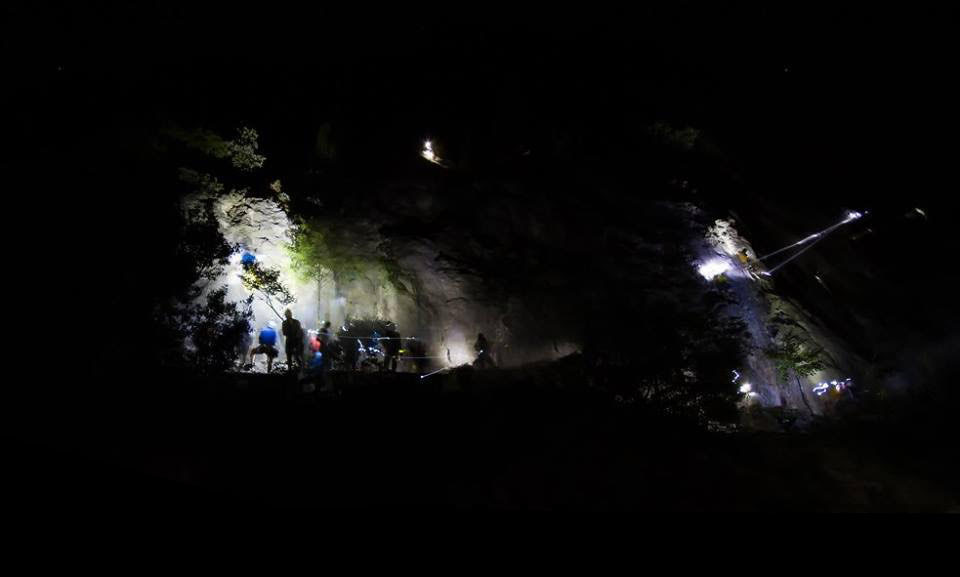 12 Jul Frasassi: One night at Santurio

After “Sentieri d’acqua”, named after the organized excursion along the new 140A trail on the River Esino last April 9, is coming a new appointment to approach the Frasassi Climbing Festival 2017, from 7 to 10 September.

On Friday, July 14, from 19:30 to midnight, will be unveiled the new fenced-in crag for the Festival. The presentation will be on stage at night, taking advantage of the favor of darkness to emphasize the climate of magical mysticism surrounding the area.

The new spot is located in one of the symbols of Frasassi, in the cave that protects and preserves the Hermitage Sanctuary of Santa Maria Infra Saxa as well as the Valadier’s temple. An easily accessible and perfect place to escape the summer heat or climb even on rainy days.

No races but a nightclub in the company, in absolute freedom and open to all on an indicative number of 18 routes (difficulties from 5C to 7C).

During the evening, Mache multipitch will also be presented, the new guide Versante Sud guide signed by Igor Brutti and Samuele Mazzolini. A guide that collects for the first time the most beautiful rock climbing in the region: classic or modern ways, easy and difficult, in the Sibillini savages or on the fantastic Frasassi rock and other low-altitude walls.

Thanks to the contribution and support of the Genga Municipality and the main sponsors of Frasassi Climbing Festival 17: Petzl, Montura, Ocún and Kayland.