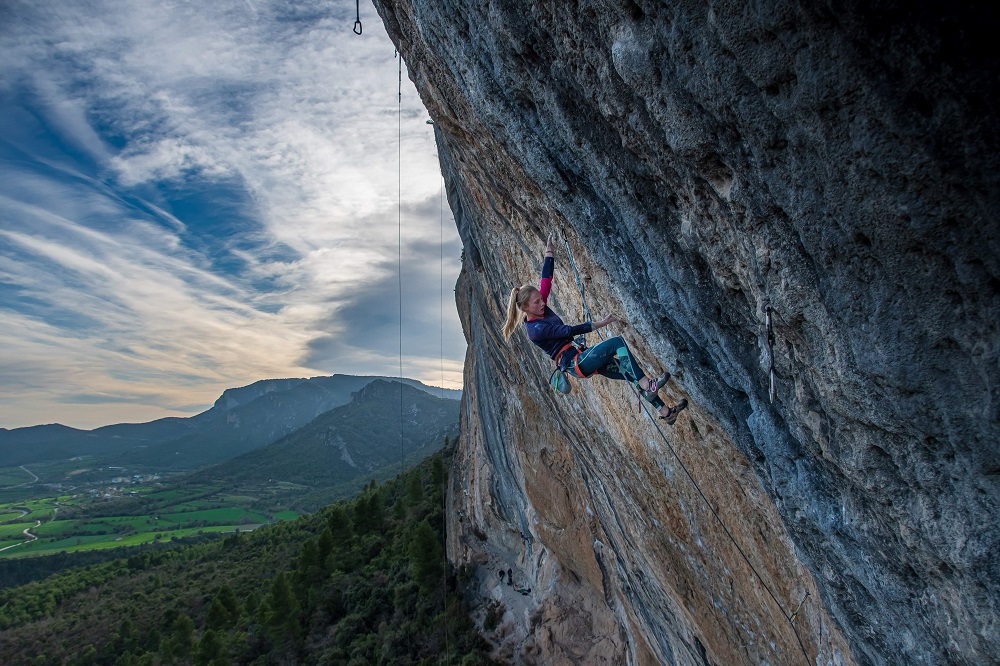 30 Mar Demmel: fourth woman to climb a 8b+ onsight

Martina Demmel has onsighted Humildes pa casa, 8b+ in Oliana.

The young German climber Martina Demmel has put up an iconic ascent. In Spain, where she is spending some days outdoor, she has writing the story, especially because she’s climbing since a very short time. Some days ago, she has started to climb Humildes pa casa, 8b+, with the consciousness of having the right chance to archive her goal to send it onsight. She put her kneepad and she started to climb; after the first 7c part, she followed the flow. Hold after hold, she climbed it slowly and, with a fresh breeze, she arrived in the final slab, without any chalked hold. Like the most experienced climber, she has found the way to the anchor and he has become the fourth woman to climb an 8b+ a onsight, after the other big names: Bereziartu, Durif, Vidmar and Rosén.

In the same days, she has climbed also another big project: Joe Blau, the classical 8c+ established by Joe Kinder. What a memorable day!