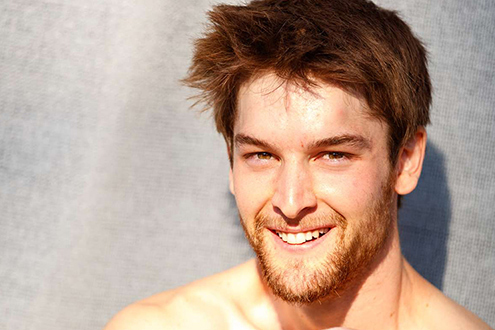 Climbing the last easy part with nothing underneath me but the sea and 20 meters of air, was the most free I ever felt on a route…”

With these words German climber Jan Hojer announced the third ascent of Chris Sharma’s Es Pontas, the spectacular route of Deep Water Solo in Mallorca released by the American in 2006. Ten years later was the Slovenian Jernej Kruder who succeeded in the first repeat and now precisely the bouldering world champion.

While dedicating himself intensely and entirely to the competitions, and in this way he is one of the favorites for an Olympic medal in Tokyo 2020, Hojer has a very enviable rock curriculum with the rope, where among other things he repeated the legendary Action Direct in Frankenjura, 9a route, to various 8c boulder problem such as Quoi de Neuf, Trip Hop and The Big Island at Fontainebleau, where he also released the first ascent of Le Marathon de Boissy, The Story of Two World at Cresciano or From Dirt Grows the Flowers at Chironico.