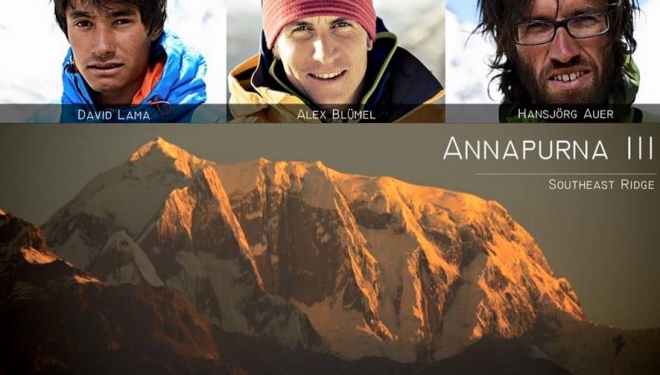 A real “return” for the three. Auer and Blümel climbed in October Nilgiri South with Gerhard Fiegl that died during the rutern the descent. Lama tried with Conrad Anker a new route on Lunag Ri (6907m), Nepal.