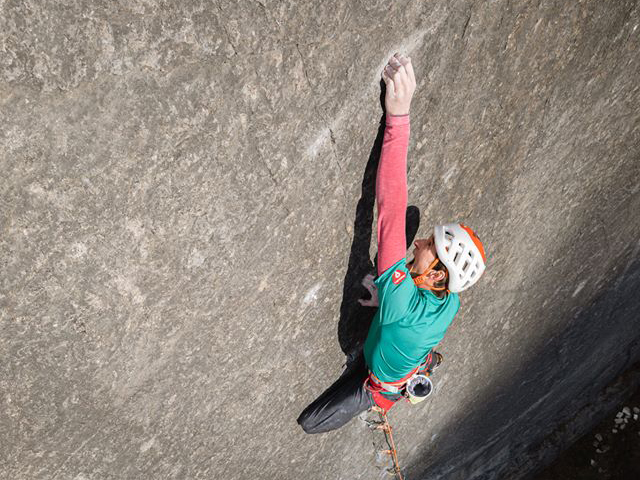 18 Dec Michael Wohlleben does Psychogramm, 8b+ trad on Bürser Platte

Return on the terrible Austrian plaque of Voralberg for the versatile and multi-purpose Michael Wohlleben that on the Bürser Platte has also solved Psychogramm this time, long walk on the precariousness of small and distant protections graded 8b+.

This, freed by Alex Lugher in February 2014, had been climbed so far only by Fabian Buhl in January 2015 and then by Jacopo Larcher in December of the same year, then nothing more.

“I still can’t believe it, on monday 16.Dec. I was able to grab the 3. repetition of this trad testpiece, first ascended by Alex Luger. I first tried the route on 21. of November and was able to toprope sent it already on my second day. With the following cold and wet days I tried it again and again, but had bad chances of making real lead goes and I already thought it’s over. But as it’s often if you expect nothing, things go in the right direction. Yesterday the Föhn brought warmer temps and dry air, and I sent it directly in the first leadgo, for sure without any preplaced gear.”

A truly incredible year for this very talented climber who also successfully delights in trail running and ski mountaineering as well as climbing in all its forms. In March, in fact, still on the Bürser Platte, he had climbed the equally famous Prinzip Hoffnung, while in June he had hit the crag on the crest by hitting one of the rare repetitions of Speed ​​Integrale, deadly 9a route at Voralpsee.