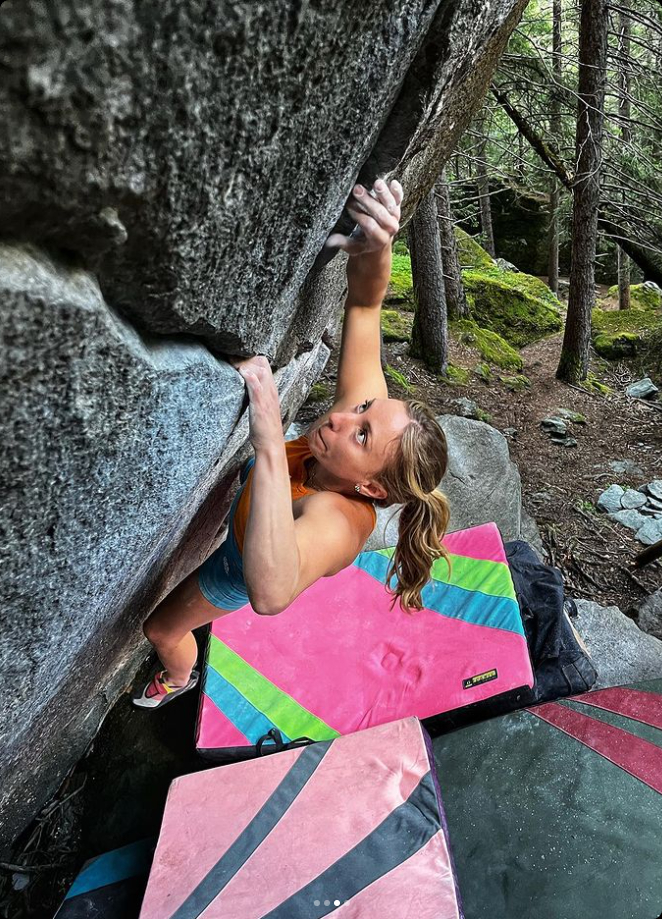 30 May New Base Line for Michaela Kiersch!

As expected, Michaela is again great on the swiss granite!

After climbing Steppenwolf and Riverbed in just a few attempts, it was almost inevitable that Michaela Kiersch headed under New Base Line, one of Magic Wood‘s most iconic boulders and the 8B+ boasting the most female climbs in the world. This exceptional line by Bernd Zangerl has been in fact repeated by Shauna Coxsey, Alex Puccio, Anna Stohr, Mile Heyden, Linda Sjödin, Marine Thevenet and Katie Lamb before Michaela, who with this problem climbs also the second 8B+ of her career, after having sent the first, Hailstorm, in March in Ogden.

To climb New Base Line, the American needed only four sessions, falling from the top a couple of times as she herself tells in her IG post. A time that is still very limited, suggesting that her maximum limit can be even further!

In addition to Michaela, also her friend and travel companion Alex Puccio returned to high levels: for her too the ascent of Steppenwolf 8B, which she announced with an IG post.

We now await the videos of all these climbs … and further great sends from Magic Wood!