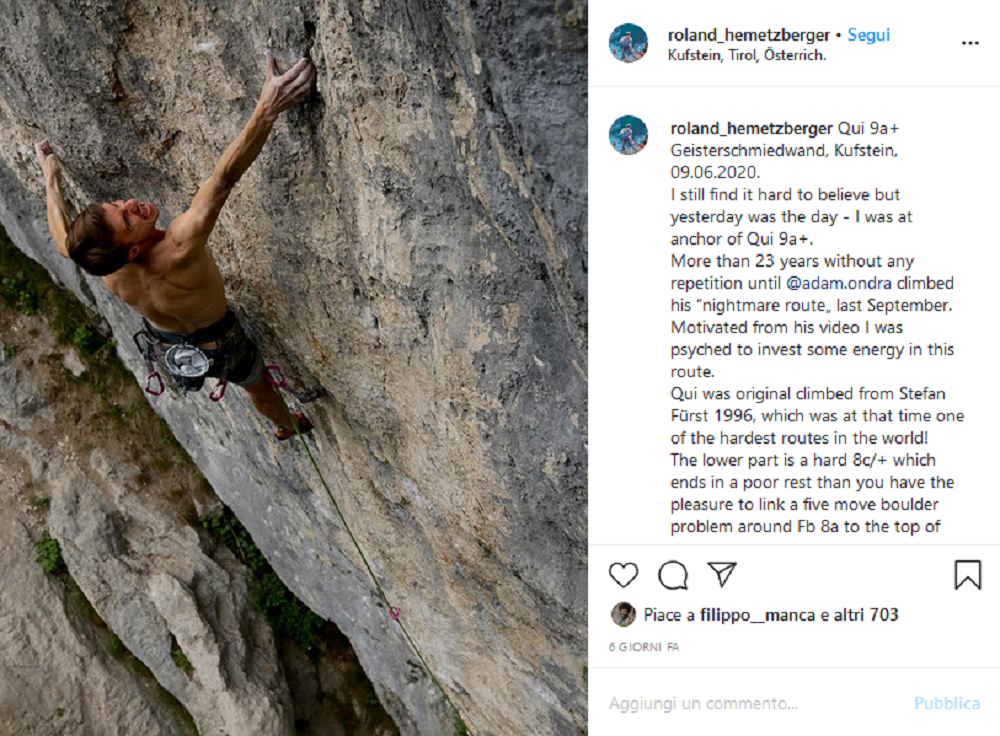 The strong climbers have reached their goal, different lines all over the Europe with the same grade: 9a+!

Roland has climbed the several Qui, a test piece by Stefan Fürst back in 1996. The Roland’s one is the third ascent, after Stefan and Adam Ondra. About his send, he told us: “I grew up in this region and for many years we thought after many holds brook out it is not climbable anymore. Adam came and tried it over ten years. He climbed it and I thought I should give a try as well. The wall has often really shitty conditions and it’s often wet. I climb the lower part at least 45 times and it was a real mental challenge. Stefan and Adam are quite tall and the boulder is quite reachy, I am at least the smallest person who ever climb it.”

Seb Bouin has chosen another way. He has signed the 19th ascent of Biographie, the world famous route by Mr Chris Sharma. He said that this one has been his first real trip in the Céüse crag.  Seb has been able to send more than 40 9a lines, a great classic as Biographie is a real must-have in his palmares.

José Luis Palao, instead, has clipped the second chain of an old friend: Mona Lisa. The Spanish climber has been the first who has repeated the short version, a 9a by Jonny Flor Vazquez. Nowadays, he has climbed Mona Lisa extension, 9a+ first ascent. The Spanish potential seems not to have an end!

News from their IG pages.