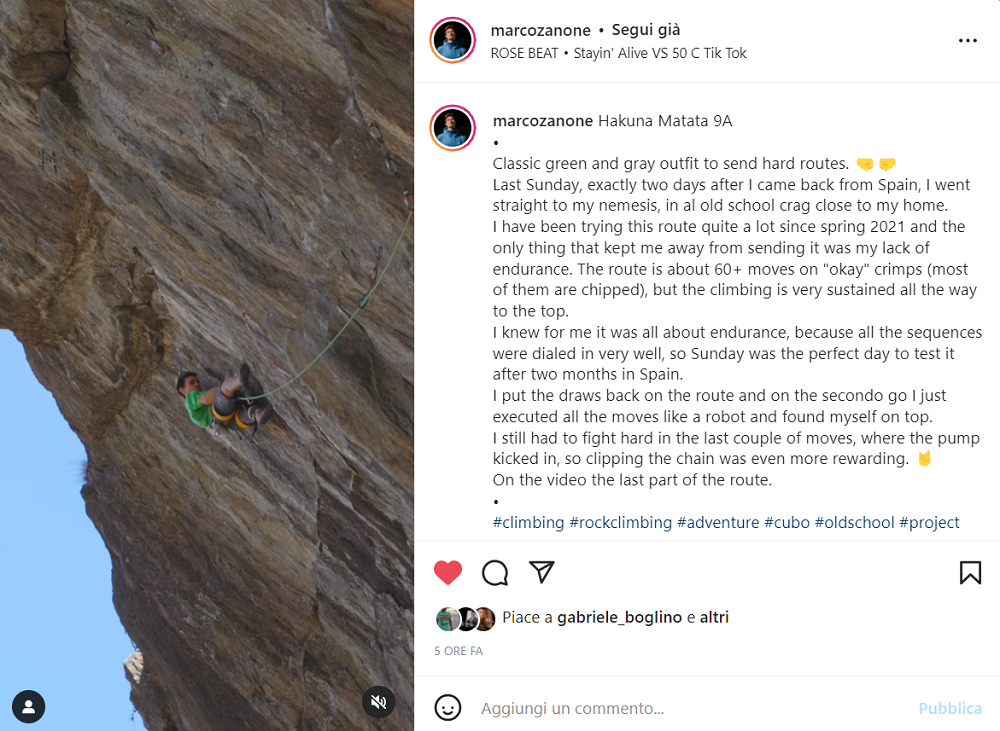 Marco Zanone, Alex Ventajas and Domen Skofic on their 9a routes.

After a trip to Spain that he will hardly forget, Marco Zanone returned to home projects, real milestones that few have the ability to climb. In fact, at the Cubo crag he repeated (rare repetition) Hakuna Matata, a 9a pitch freed by Alberto Gnerro that has more than sixty moves. The holds are all sincere, but the difficulty never gives up and cast iron is a bad enemy. After a few attempts in the past, it took Marco just two laps this year to pass the rope in the chain.

From Murcia to Verona, Alex Ventajas now launched in grade 9. It seems yesterday that we were announcing his first 9a and now he is one of the most frequent visitors of the 9th club. In the magnificent land of Arco he managed a quick repetition, so fast how unexpected, of a great classic: Biologico. Freed by Adam Ondra in 2012, Biologicois a truly new school shot. Two intense blocks connected by a decent rest, with a very characteristic dyno in the first part.

Born in 1994, Domen Skofic is one of the most crystalline talents in the Slovenian army. Climbing elegant and gracefulness are his strong points, which bewitch those who see him climb. In his career he has several shots and extreme blocks, with excellent appearances in the race and an overall victory of the lead world cup. This time we talk about him for La novena enmienda, a classic 9a/+ by Santa Linya. To get to grips with this classic of high difficulty, Domen took just four attempts. His was a relaxing break (think well) from his main projects: Stoking the fire and Catxasa.