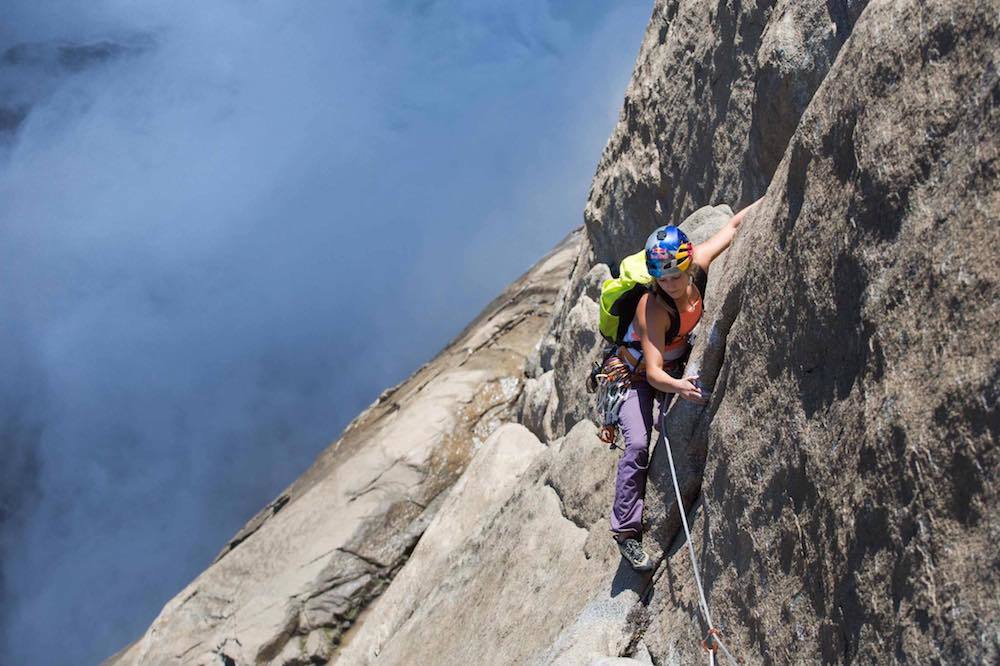 Jon Cardwell and Sasha DiGiulian climbed free the famous Misty Wall in Yosemite, opened in 1963 by Royal Robbins and Dick McCracken. Not an incredible hard route, “just” 7c+, but a route with an incredible offwidth crack and that was waiting the first free ascent.

After a sport climbing past, Sasha dedicated herself to some famous multipitch like Bellavista and Camillotto-Pellissier in Dolomites with Edu Marin in 2013, Viaje de Los Locos in Sardinia in 2014 again with Spanish climber or Magic Mushroom on Eiger the next year, this time with Carlo Traversi.

To prepare for this experience, Sasha was focused again on sport climbing after a long stop and some weeks ago was able again to resolve an 8c doing T1 Full Equipe in Oliana.