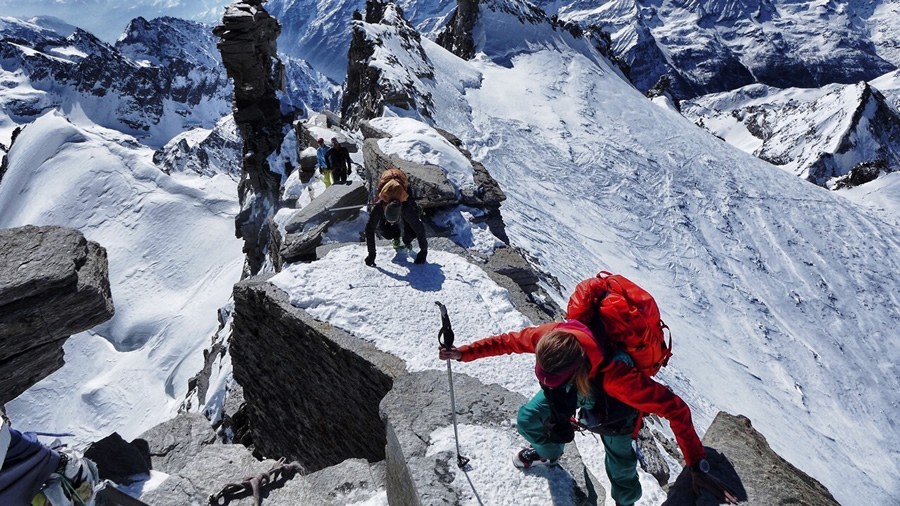 28 Apr Tour of Gran Paradiso in a day for Matthias Scherer, Tanja Schmitt and Heike Schmitt

The Gran Paradiso Tour is a classic cross that is normally skied in 5 days: leaving the Valnontey country, moving to the Sella Refuge from the Gran Serz and the Chabod refuge. In three days you reach the summit of Gran Paradiso and then continue towards the Emanuele refuge, the Col du Gran Paradiso, the Col Becchi, the Pontese hut and finally reach the valley of Cogne passing through Teleccio and Valeille.

The project of doing so in the day had been thought out in the past, but the one who had tried it did not reach the summit at Gran Paradiso. So this April you get the right conditions, Matthias and Tanja – who had recently climbed the Grand Serz in 2h40 by Valnontey – together with Heike they left for this fast-paced business.

The trio took 21 hours and 47 minutes to complete the Tour, including the climb to Vetta, for a total of 5350m uphill and 5390m downhill and 48km. A long, but satisfying